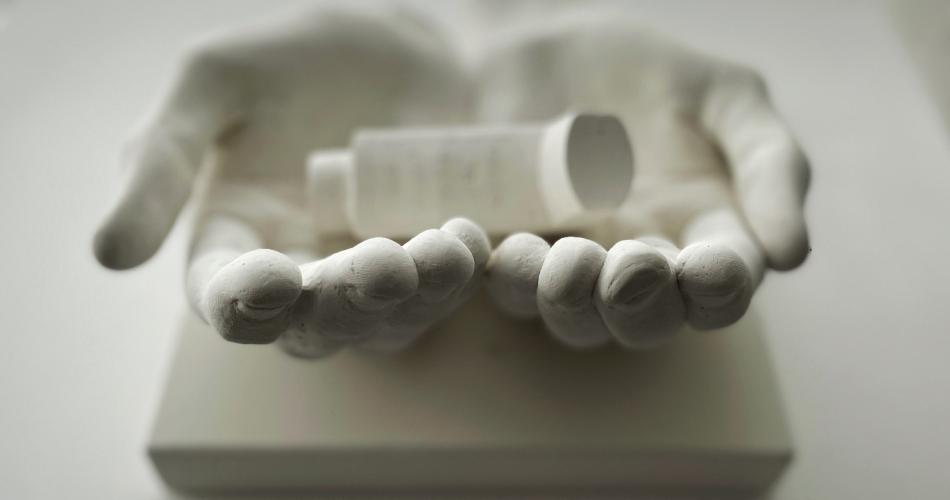 The Kiss of Science and Art

Throughout the history of civilization, the concept of the apocalypse has been ever present. The feared end of the world that will herald an age of purification through horrific and chaotic means, has been a part of every major religion and belief throughout the centuries. The Book of Revelation has The Four Horsemen of the Apocalypse, Death, Famine, War and Pestilence. The gas mask as symbol of the concealment of the ego, or political and environmental protest is a visual metaphor revisited  over the centuries: in this series they represent the right to clean air on our planet, the most fundamental of rights which we never once had to question in the past. Made from NOXTEK which can absorb some of the particulates which can cause asthma, they provide an intervention as well as a reminder that it is each person's human right to be able to lift their head to inhale.

Image by of Famine 2020- one of the fiur Horsement series